On Wednesday, December 14, 2016, at the University of South Carolina Law School, our scholar and philosopher Talbot Brewer, gave the talk, “What Good are the Humanities?”

The president of University of South Carolina, Harris Pastides, delivered the introductory address, and a Q&A followed the talk. To view the talk, click the image below or go to http://virtue.uchicago.edu/brewer. 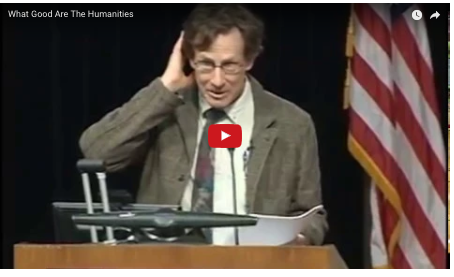 Talbot Brewer is Professor of Philosophy and Chair of the Philosophy Department at the University of Virginia and a Scholar with Virtue, Happiness, & the Meaning of Life. He specializes in ethics and political philosophy, with particular attention to moral psychology and Aristotelian ethics. He is the author of numerous essays, including “Reflections on the Cultural Commons” (in Nestor García, ed, Being Human in a Consumerist Society, 2014), “Two Pictures of Practical Thinking” (in Jost and Wuerth, eds, Perfecting Virtue, 2011), “Is Welfare an Independent Good?” (Social Philosophy & Policy 26, 2009), “Three Dogmas of Desire” (in Chappell, ed, Values and Virtues, 2007), “Virtues We Can Share: A Reading of Aristotle’s Ethics” (Ethics 115, 2005), “Two Kinds of Commitments (And Two Kinds of Social Groups)” (Philosophy and Phenomenological Research 66, 2003), and “Maxims and Virtues” (The Philosophical Review 3, 2002). He has been a visiting professor in the Harvard University Philosophy Department and has authored two books, the most recent of which is The Retrieval of Ethics (Oxford University Press, 2009). He is currently at work on two books, one on Aristotelian action theory and its intersection with ethics, and another on a phenomenon that he calls “tragedies of the cultural commons”.

Our scholars met for their third of four working group meetings from December 12-16, 2017. Talbot Brewer gave the keynote public lecture, “What Good Are the Humanities?” on December 14, 2017 (video forthcoming). 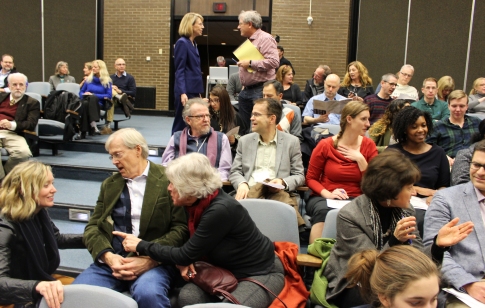 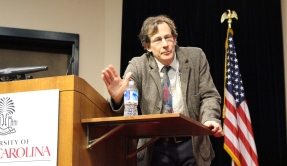 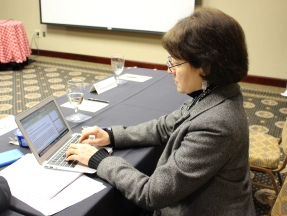 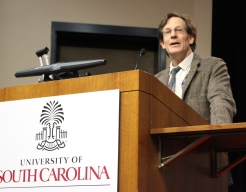 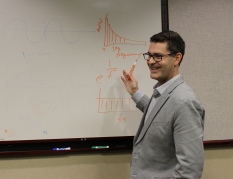 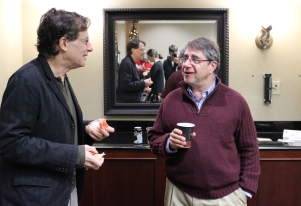 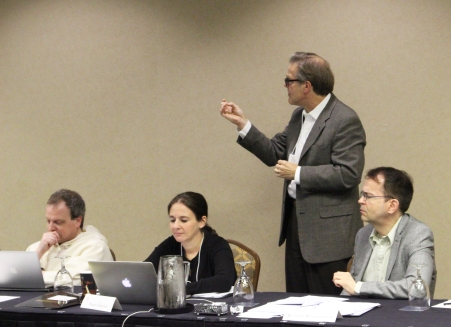 Our scholars met for their third of four working group meetings from December 12-16, 2017.

We’ll post some of the photos today and tomorrow; visit our Flickr page for the full album. 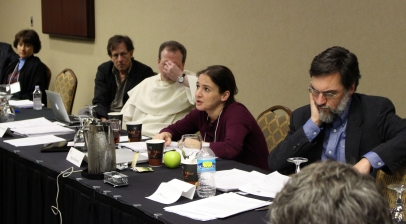 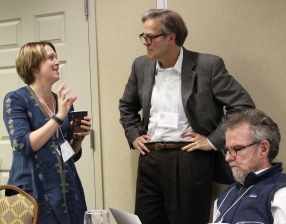 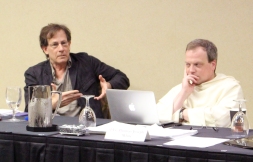 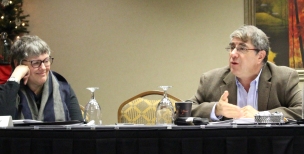 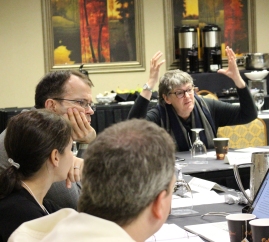 Join us @UChiVirtue #VHML16 for a peek into the presentations and discussions with our scholars around the table, here in Columbia, SC for our 3rd working group meeting.

A sampling from discussion on Days 1 and 2 is below – for all and the most recent, click here. 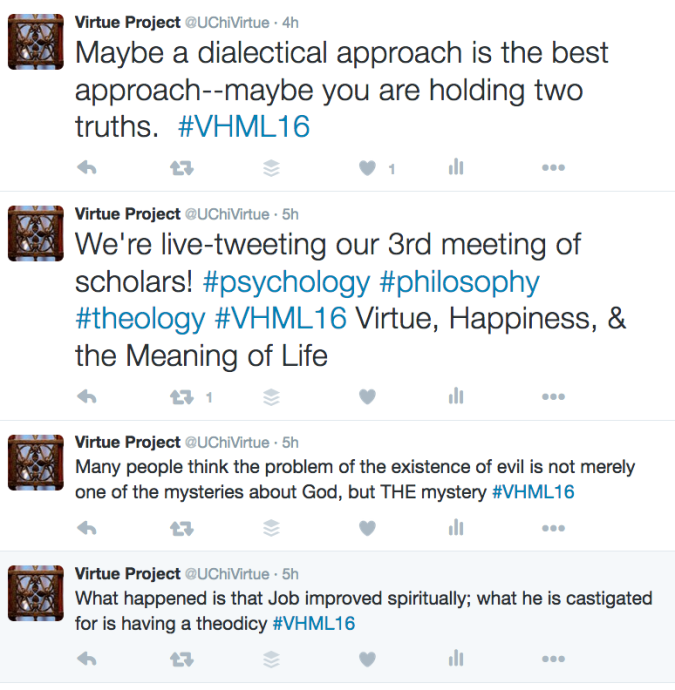 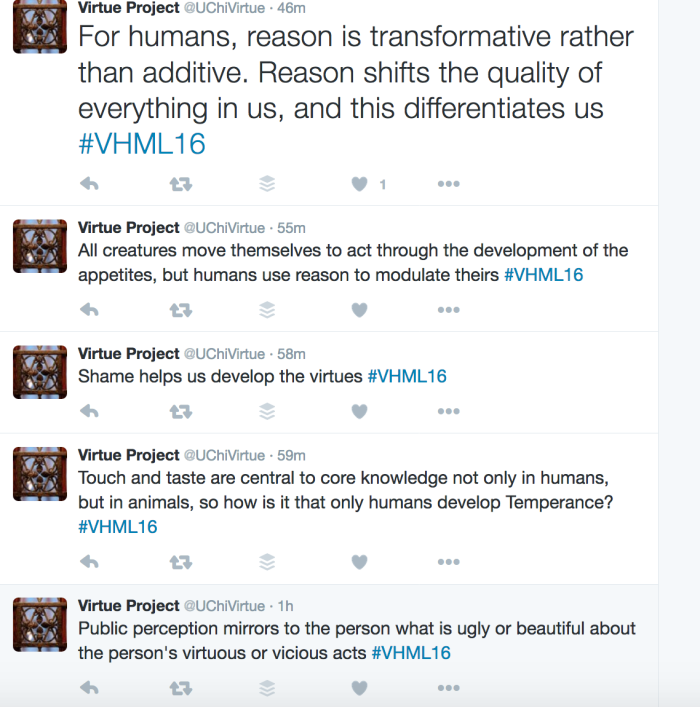 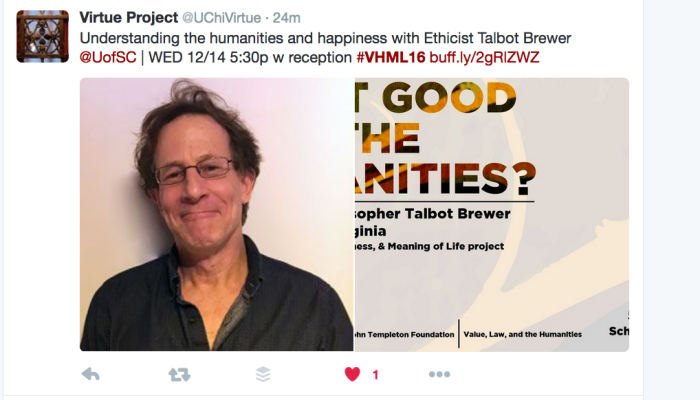