Talbot Brewer, Philosopher and Scholar with Virtue, Happiness, & the Meaning of Life, will deliver a public lecture “What Good are the Humanities?”, followed by a Q & A on Wednesday, December 14, 2016, 5:30pm at University of South Carolina Law School, 701 Main Street, Columbia.

Please join us, or watch live streamed at virtue.uchicago.edu at 5:30 EST/4:30CST.

The president of University of South Carolina, Harris Pastides, will deliver an introductory address. A reception will follow the Q & A. Free and open to the public. RSVP requested. 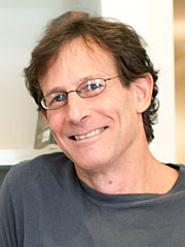 Talbot Brewer is Professor of Philosophy and Chair of the Philosophy Department at the University of Virginia and a Scholar with Virtue, Happiness, & the Meaning of Life. He specializes in ethics and political philosophy, with particular attention to moral psychology and Aristotelian ethics.  He is the author of numerous essays, including “Reflections on the Cultural Commons” (in Nestor García, ed, Being Human in a Consumerist Society, 2014), “Two Pictures of Practical Thinking” (in Jost and Wuerth, eds, Perfecting Virtue, 2011), “Is Welfare an Independent Good?” (Social Philosophy & Policy 26, 2009), “Three Dogmas of Desire” (in Chappell, ed, Values and Virtues, 2007), “Virtues We Can Share: A Reading of Aristotle’s Ethics” (Ethics 115, 2005), “Two Kinds of Commitments (And Two Kinds of Social Groups)” (Philosophy and Phenomenological Research 66, 2003), and “Maxims and Virtues” (The Philosophical Review 3, 2002). He has been a visiting professor in the Harvard University Philosophy Department and has authored two books, the most recent of which is The Retrieval of Ethics (Oxford University Press, 2009).  He is currently at work on two books, one on Aristotelian action theory and its intersection with ethics, and another on a phenomenon that he calls “tragedies of the cultural commons”.

This event is made possible by a generous grant from the John Templeton Foundation for the project Virtue, Happiness, & the Meaning of Life, and co-sponsored by the Center for Value, Law, and the Humanities at the University of South Carolina.