“I’m having a great fascinating time and I’ve heard attendees from all perspectives/traditions express how appreciative they are of getting this opportunity to have a respectful interdisciplinary discussion on these topics.”

We feel the same, and grateful for the comments already coming our way from our fabulous participants. 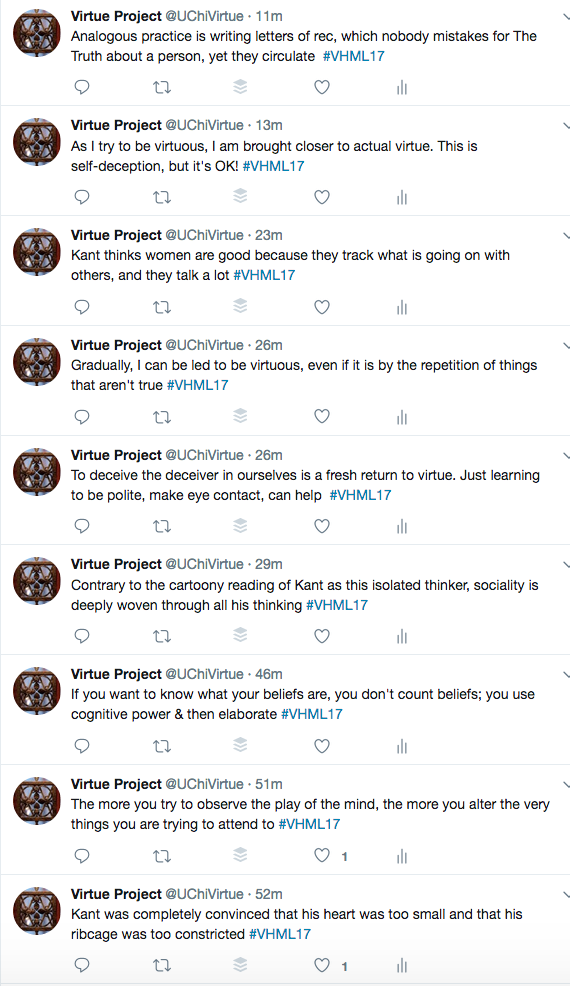 Below is a sampling from yesterday’s sessions with Fr Stephen Brock on Aquinas and the Law and Dan McAdams on Generativity. 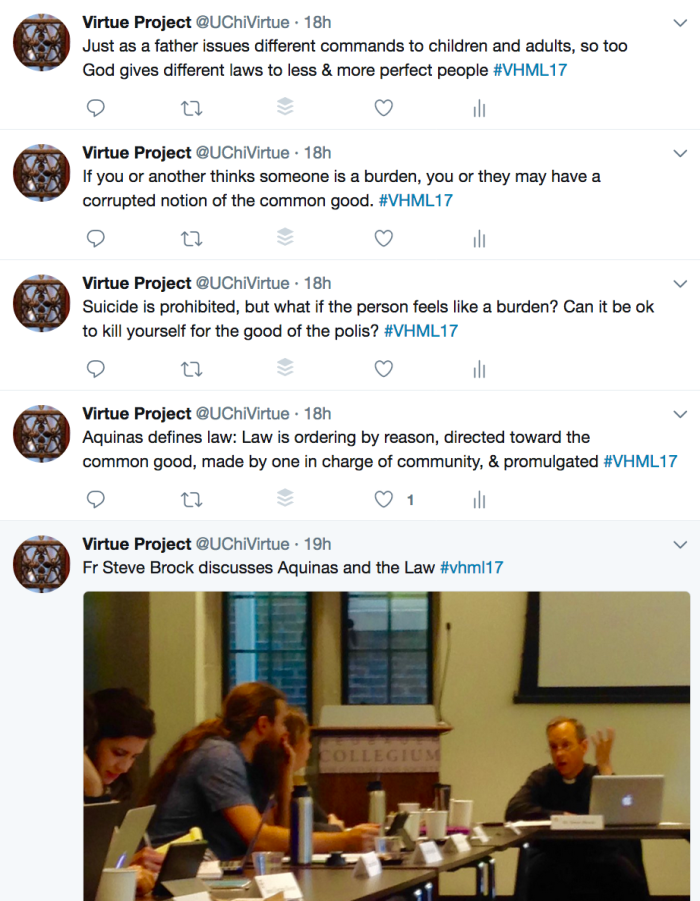 This post is part of a series of interviews with our incoming class for the “Virtue, Happiness, & Self-Transcendence” 2017 Summer Seminar. Marta Faria is a PhD student in Philosophy at the Pontifical University of the Holy Cross, Rome. Valerie Wallace is Associate Director, Communications, for Virtue, Happiness, & the Meaning of Life.

Valerie Wallace: Where are you from?

VW: Tell me about your research.

VW: What are you most looking forward to about this summer’s seminar?

MF:  Even though it is obvious that I expect to learn greatly from the talks of the main speakers I also find that the interaction and discussions with the other participants are extremely interesting. I will get to learn different perspectives over topics that I am used to frame in a specific manner and I will have the opportunity to confront my ideas with other people and to test how consistent they are.

VW: What are your non-academic interests?

MF: All sports in general but mainly jogging and volleyball.

We’re delighted to share the list of participants for our 2017 Summer Seminar, “Virtue, Happiness, and Self-Transcendence“, who hail from all corners of the globe and will convene at the University of Chicago for a week this June. These young researchers will participate in intensive workshop sessions with our faculty to deepen their own research  through conversations with a network of fellow collaborators in the areas of Philosophy, Psychology, and Theology/Religious Studies.

The accepted participants for the 2017 Summer Seminar, “Virtue, Happiness, & Self-Transcendence” are: